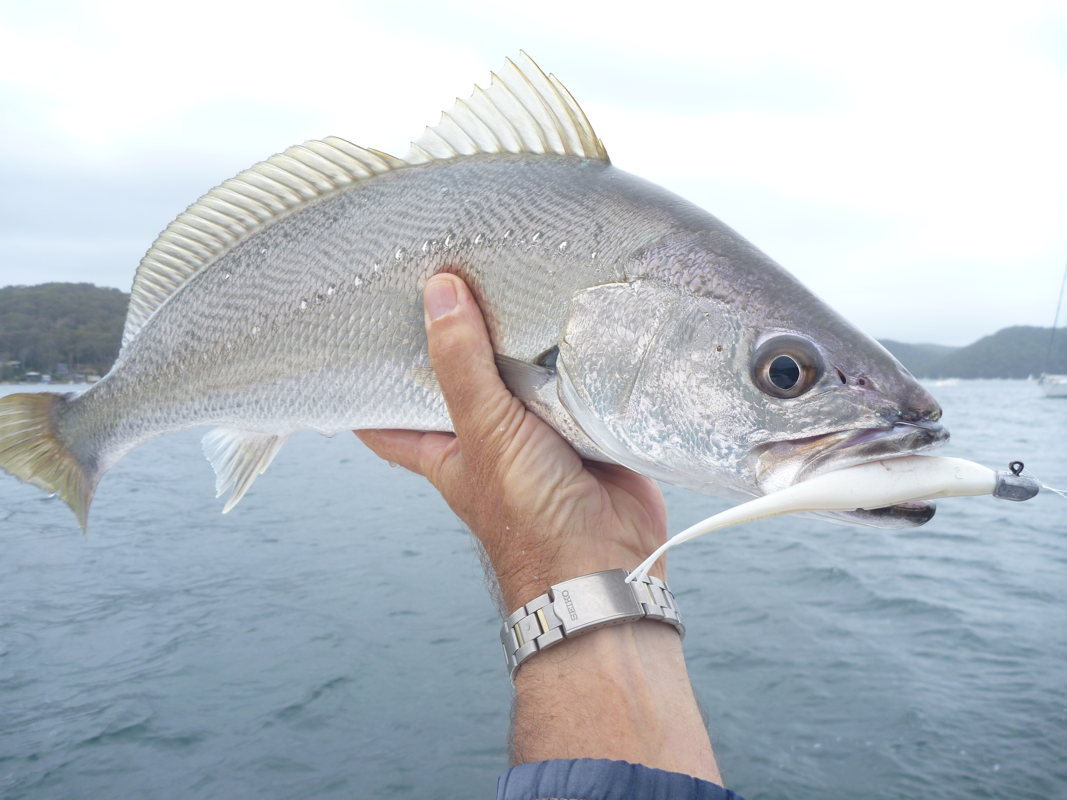 Had the opportunity to go out for a couple of hours this afternoon , mainly to fuel the boat for tomorrow , but who can pass up a fish when on the wind was blowing and I had half an hour before low tide so I thought I would fish a 5″ soft plastic for a jewie . Give it an hour I said to myself . Just on dead low I hooked a nice school Jewish in Pittwater . It was amongst the boats in some deep water . No other bites at all . So off I went to get out of the wind . I drifted the northern side of Scotland island and I hooked the biggest whiting I have seen in Pittwater . It was 43 cm . I counted it even though I hooked it in the belly . Then I hooked a small baby snapper on the 5″ soft plastic as I drifted over a drop off . Not a bad two hours fishing ! There is a video on each of the catches below . All fish were released . There are plenty of fish at the moment . Flathead , bream , snapper , kingies, etc . Use my tips and you will catch them in Pittwater . 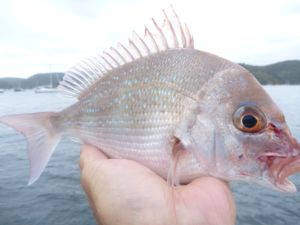 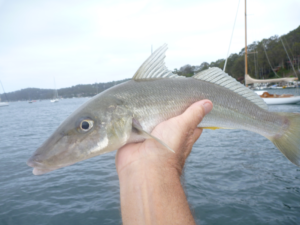 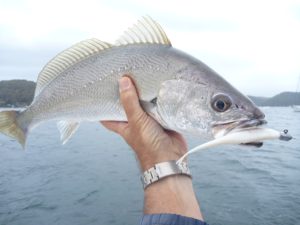