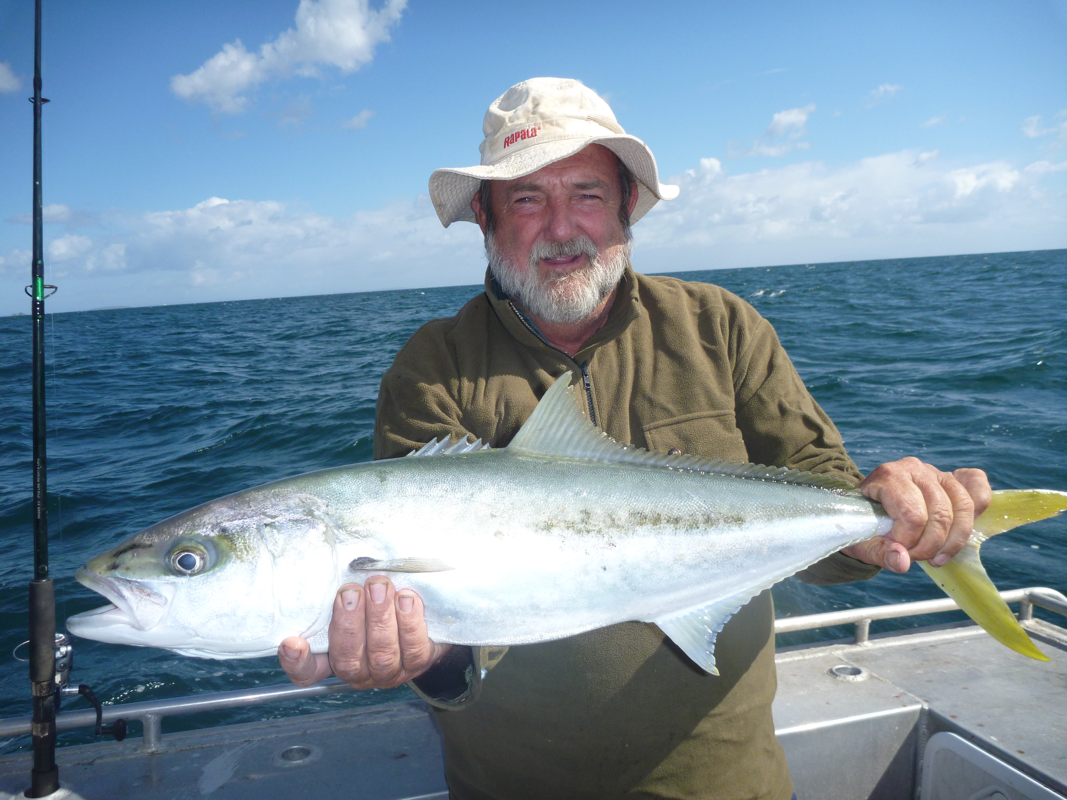 Over in New Zealand for a few days , the three of us managed to get out for a fish on one day . We went out from Waiheke island , just off Auckland for snapper and a king fish if possible .
The wind was up and it was very choppy but the 6 metre boat handled it well . On our way to a reef we saw the birds working so after them we went . Never go past birds working ! Well it was the right decision . For the next 3 1/2 hours we caught fish after fish . Paul was on bait , Chris on soft plastics and I was on a micro jig 40 gram . All of us had light gear ,1-3 PE rods and 2500 reels with either 10 lb or 15 lb leader .
Just about every cast we each pulled up a Kawai ( don’t know the spelling but it is the same as an Australian salmon ) . We must have caught over 60 of these . They were making it hard to get to the bottom to hit the snapper but who’s complaining . It was a lot of fun .
In amongst that we did catch a lot of small snapper , but some ice size ones for the table also were boated . The micro jig caught the biggest one . Just as we were about to change spots I hooked a great fish thinking it was s big snapper . The fight was too great for the snapper and in came a niece big kingie on the 40 g micro jig . On my little 1-3 rod and 2500 reel this was a great fight . The fish of the day .
All in all we must have caught and released more than 100 fish . Worth the effort , a lot of fun . Then back to land and off to the wineries for the afternoon . See the photos below . 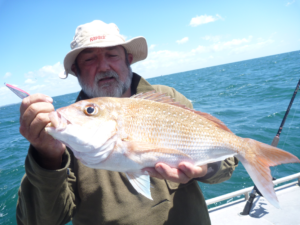 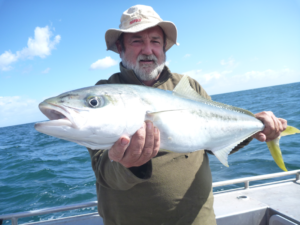 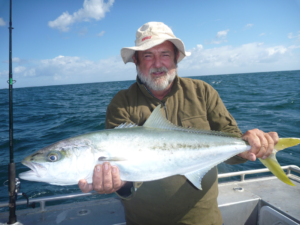