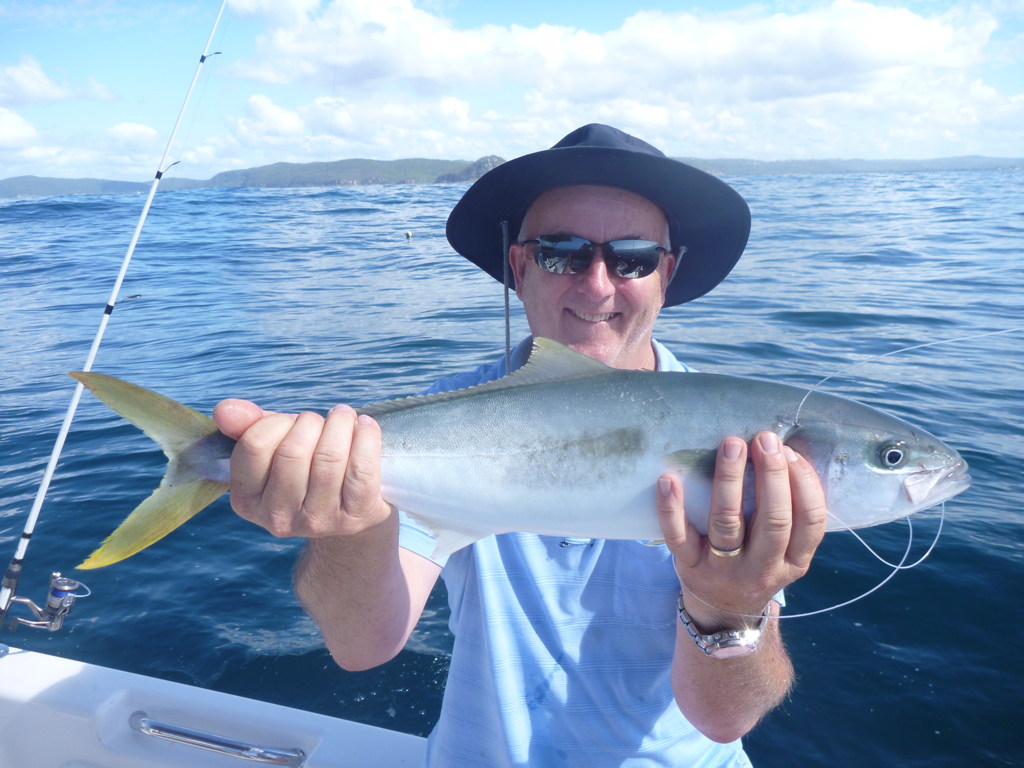 Went out with Ron Osman from Hawkesbury fishing charters with 3 friends . Boy , you learn more in 6 hours with Ron than you do on your own in a year . Pick up at 6 am , the wind was 30 – 35 knots , but this didn’t stop us . First , catch some love yakkas and live squid .Down with the berley and the yakkas come but won’t bite . We caught 6 or 7 and then went after squid . Look for the weed and close to the jetties and wharves . Ron’s tricks for live bait is to have someone on the sabiki jigs and someone on a hand line with one hook and some bait on it . No weight on the hand line . For the squid he says no bigger squid jig than 1.8g or 2 g as the water is not that deep . If you go to the deep put a sinker on, either running , or a paternoster rig . No kingies today but plenty of tailor and quite big ones . One flathead as a by catch . For the tailor Ron uses a small silver spinner that looks like the white bait they are feeding on . Nearly every cast a tailor was hooked . Just cast it out and reel it back fast .
For the kingies Ron uses 65 lb braid and 80 lb leader as most of the kingies get caught amongst the boats and you need to tame them .
If you want to learn quickly where and how to fish go out with Ron , you won’t regret it ! And don’t forget to keep reading my blog !.